High Priestess of the Cult of the Scythe Mother

Female human of Varisian ancestry. Arazna has raven hair, extremely pale skin, and is very attractive. She appears to be about 25 years old, although her story would indicate that she must have at least twice that many years.

Accoding to her sister Ferista, Arazna had been the high priestess of a cult of Urgathoa in Korvosa about 30 years ago. However, after an ill-fated meeting with Queen Domina, the church of Urgathoa was banned and its members rounded up and disappeared— including Arazna’s husband and children. The official story was that all of the cultists had been exiled, but rumors persist that they were all executed in secret. Arazna was presumed dead at that time.

According to her sister, Arazna showed up in Korvosa again about a year ago, and explained that she had spent decades seeking a fabled anceint shrine to the Pallid Princess in Belkzen. Araza also claimed to have recovered some kind of artifact from a Thassilonian ruin, that she believes could uses to bring about a zombie uprising. According to the story, once the zombie uprising was in full swing, Arazna planned to go before King Eodred (Domina’s son) and offer to release the curse on the condition that Eodred abdicate and name her the new Queen of Korvosa.

The party briefly encontered Arazna in the crypt below the Reliquary of St. Alika, before she slipped through a Thassilonian teleportation portal, and sealed it from the other side. The heroes are currently searching for another key to that portal.

[EDIT:] After finding the key to the teleportation portan and learning how to operate the portal network, the PCs traveled to Belkzen and discovered the lost shrine to Urgathoa. They braved the denizens of the temple and slew Arazna… only for her to rise before their eyes as a dread unholy monster: a legendary creature known as a Daughter or Urgathoa! After an epic battle, the PCs defeated Araza once and for all, and lifted the curse of the Reaping Plague from Korvosa. 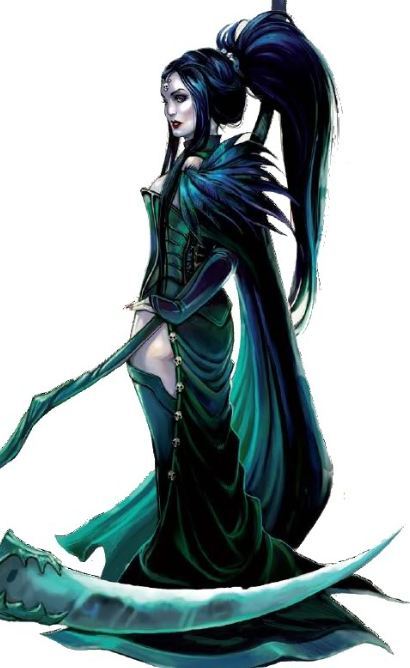