Ellandra Velloria is the half-elven high priestess of Shelyn in Korvosa. She is also an extremely popular harper and singer, frequently performing to sell-out crowds in the city. She occasionally goes on tour, and has many fans in both Magnimar and Kintargo, Cheliax.

Ellandra’s mother was a Chelish-trained opera singer who resettled in Korvosa after a scandal in Westcrown. The scandal involved Ellandra’s father, a half-elven playwright whose works obliquely criticized House Thrune and the state of diplomatic relations with Kyonin. Ellandria studied harp and voice at the University of Korvosa’s music school, and while there established the patronage of the Church of Shelyn. When she was 40, she took vows as a priestess, and rose though the ranks of the church.

Ellandra is a warm and engaging conversationalist and passionate patron of the arts. 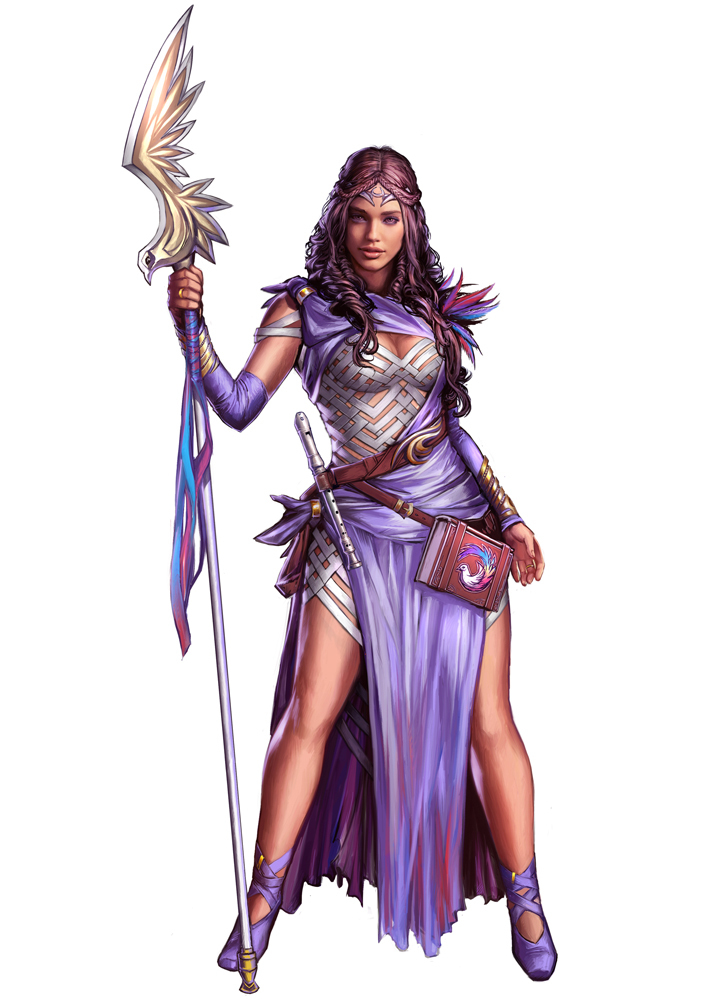