Father Viorec Korvaski is a man in his late 40s of Varisian ancestry. He wears his dark hair shoulder-length and has a full beard— both are slightly streaked with gray. His dark eyes almost sparkle when he laughs, which is often. Yet his friendly face can harden to steel if angered. Father Korvaski usually wears blue and white robes and a gold holy symbol of Sarenrae.

Well-respected and seen often on the streets of Korvosa, Father Viorec Korvaski is the high priest of the Temple of Sarenrae in Korvosa. A native of the city, Korvaski grew up on the streets and became a member of a Sczarni street gang at a very young age. Just shy of his 20th birthday, his gang entered a turf war with a rival gang. In the melee in an alleyway in Old Korvosa, Korvaski was about to stab a rival in the gut, when he recognized his enemy— who had been a friend from his youth. Korvaski dropped is knife and ran from the melee. This crisis of conscience led him to the temple of Sarenrae. His wisdom and strength of character— coupled with the street smarts of his youth— raised him through the ranks of the temple.

Father Korvaski keeps friendly ties with his old Sczarni comrades, which he uses to try to coax them away from a life of crime. 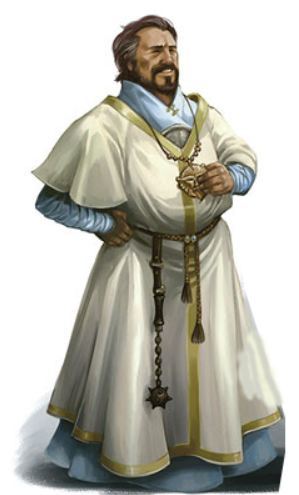