Wizard ally of the Cult of the Scythe Mother

Human female wizard, of Ulfen ancestry. She has blonde hair and blue eyes. She appears to be in her late 20s, but her story would indicate that she’s at least 30 years older than that.

Ferista claims to be the sister of Arazna, high priestess of the Cult of the Scythe Mother. The party encountered Ferista in the cellar below the Grove Street Mortuary. After charming the owner of the place several years ago, Ferista has been using the mortuary as a front for various illegal activities. She leads a gang thugs who conduct her unsavory business on her behalf. One commodity she trades is humanoid body parts— which constitutes the crime of high necromancy. After surrendering to the party, she related the story of her sister Arazna, who had led the Church of Urgathoa in Korvosa almost 30 years ago.

According to Ferista, Arazna had gone to Queen Domina, seeking to legitimize the worship of the Pallid Princess in the city, but was rebuffed. Shortly after that meeting, the queen ordered the arrest and detention of all members of the cult of Urgathoa and its leaders— Arazna in particular. In the scramble to arrest people in the dead of night, Arazna’s husband put up a fight, and was slain along with their daughters. The church was effectively destroyed that night. Ferista claimed that while Queen Domina publicly announced that the Urgathoans had been exiled, in reality they had all been killed. Ort so she thought.

Ferista then claimed that her sister showed up about a year ago. She said that Arazna had spent decades seeking a fabled anceint shrine to the Pallid Princess in Belkzen, and she had with her some kind of artifact she’d recovered from a Thassilonian ruin. Ferista said that her sister believes that she could use it to bring about a zombie uprising. Once the zombies were raging, Arazna would go to King Eodred (Domina’s son) and offer to release the curse on the condition that she be named the new Queen of Korvosa. Ferista offered the use of the mortuary as a safe house for Arazna and her followers.

After telling the party what she knew, the PCs locked her in her room in the mortuary, along with her apprentice Elleste. 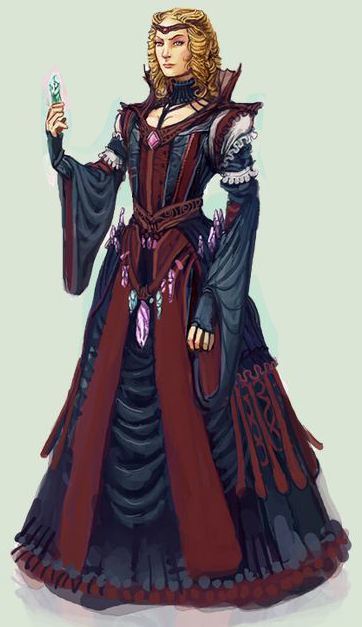