The only child of Queen Domina, Eodred II was born on 16 Calistril 4647. Eodred was born Arkapallus Arabasti. After Queen Domina’s death, he took the name of the popular king Eodred I when he ascended to the throne in 4686, at the age of 39. His reign has been steady if unexceptional, and he is known for having a keen skill at dealing with the noble houses of both Korvosa and Cheliax. He negotiated numerous favorable trade agreements with Korvosa’s former mother country, and isrespected for initiating numerous good works within the city. His private life has been marked by scandal and excessive spending, and Eodred was known for having an expensive liking for young women. It is a poorly-kept secret that Eodred keeps a harem of dozens of young and beautiful women of many nationalaties and races.

Eodred is known to lavishly spend the city’s gold, spoiling himself and his harem with the finest foods and clothes from across the world. He also is know to spend gold on the city itself. Under his watch, Korvosa built four small orphanages (bringing the city’s total up to five) and the Pantheon of Many.

Despite the foul rumors surrounding him, King Eodred II retains a modicum of love from his people thanks to his good works in the city. Most of his subjects consider him a benign and mostly harmless monarch, more interested in extravagant living than affecting the city in any meaningful way. A statue of King Eodred II already stands in the center of Eodred Circle, in Midland. As he grows older and the fear of being forgotten grips his heart, Eodred has diverted more of the city’s gold toward public works and monumental structures. The king is currently 57 years of age, and is finally spending some of his personal time toward possibly finding a wife, so that he might produce an heir to the throne. 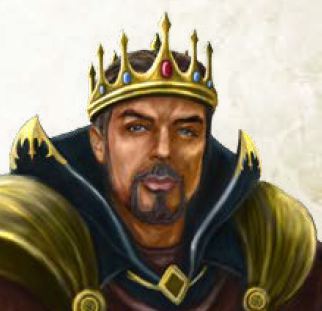