In artwork, Sorshen is depicted as an extremely beautiful woman with black hair, violet eyes and an olive complexion. She is depicted as tall in height and appears youthful and fit. In artwork, she is shown to have a Rune of Lust on her abdomen, usually shown to be in a darker skin tone. Artwork also often depicts her as having many gems adhered to or embedded into the skin of her shoulders.

Sorshen was the Runelord of Lust, ruler of Eurythnia, one of the seven provinces of Thassilon. She is the only Runelord of Eurythnia that appears in records, indicating that she ruled the land for over 900 years, and some stories say that she accompanied Thassilon’s founder Xin on his exile from Azlant. The fragmented records of Thassilon show Sorshen to have been an unabashed libertine, whose carnal appetites were legendary. As her rule progressed and she became more and more corrupt, these passions turned all manners of debauchery and perversion. It was said that she could beguile merely by speaking, and charm by merely meeting her gaze.

In 4704, adventurers exploring a lost Thassilonian laboratory buried beneath modern-day Korvosa discovered a lost sepulcher of Sorshen. This sepulcher contained a clone of the Runelord herself! In an odd magical mishap triggered by decaying warding magicks, the half-orc Turgrox was slain by a magical trap, but was immediately reincarnated into the clone body of the Runelord.

This also caused a disturbing realization: If the clone was still active, that strongly implies that Runelord Sorshen somehow survived the fall of Thassilon! 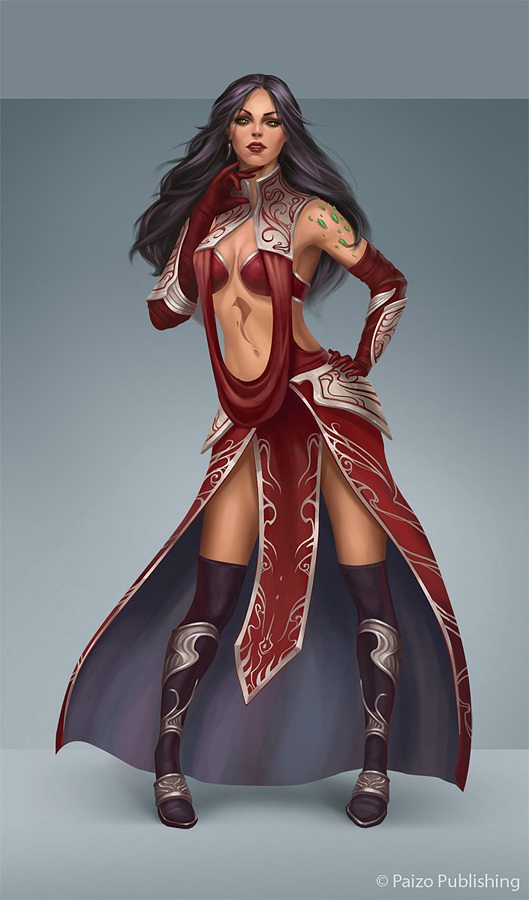