Zak is a young man of Chelish descent who dresses impeccably. He favors stylish clothing popular among the nobility, despite his working-class background. He is an imposing man, standing six-foot-five and burly. He wears his hair in a short, popular style, and is clean-shaven.

Zak is a young man with anger management issues. Trained as a barber, he has an eye for style, but has a hard time taking criticism. During his apprenticeship in a distant small town, he accidentally nicked a customer during a shave. The customer hurled abuse upon Zak, who did not take it well. Seeing red, Zak flew into an uncontrolable rage, and slashed his customer’s throat. Horrified at what he’d done, Zak fled for the annonymity of the big city. His stature allowed him to get a job as an enforcer for a Sczarni gang, despite not being of Varisian descent. As an enforcer, Zak honed his combat skills, and took up the largest and most imposing weapon he could find: the greatsword. After a few years, he decided that working for people who were essentially criminals wasn’t entirely to his liking, and he left on amicable terms. Today, he looks for adventure where he can channel his anger into fights worth winning. 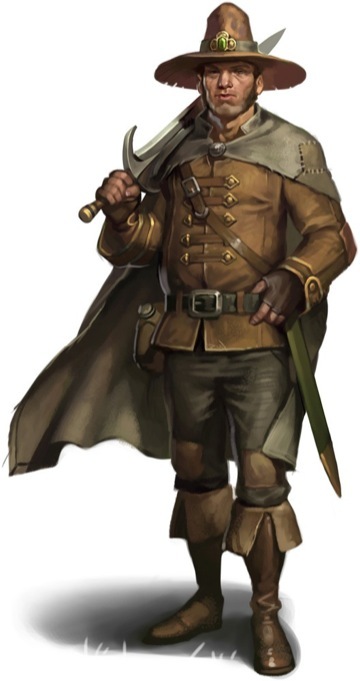